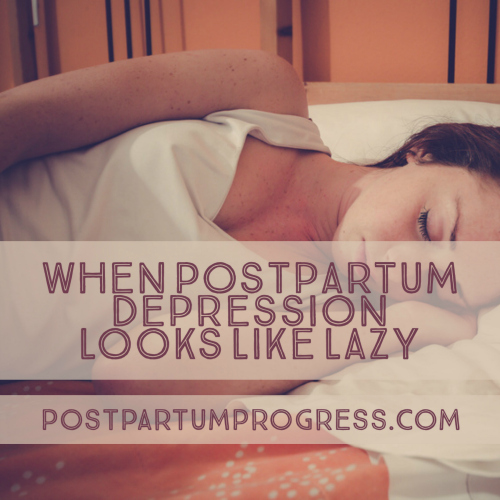 My husband and I were both 35 years old, barely married one year, when our first son was born. Mark and I were much alike, having spent our lives beginning at age 14 working part time and then full time.

When we met, I not only held a full time position as a medical underwriter, but also volunteered weekends at a childrens’ hospital. He was always mid-project in something and it was this that drew us together, our mutual drive and satisfaction from living full to the brim lives.

Our first son, Alec, was born 11 months after we married. We had made the decision for me to stay home with him, and I felt excited about how much I would be able to do without having to go in to work. My bucket list as a stay at home parent grew to include volunteering, auditing college classes, reviving forgotten hobbies, and home-remodeling.

My numbered activities filled three pages of a notebook. I knew what our lives would be like. Alec would be lovingly placed into a front-carrier and be part of this new season. I could not wait to get started.

I entered into labor at 31 and a half weeks. After one month of bed rest in a high-risk pregnancy unit, Alec was born. He spent one week in NICU, but after five weeks total in a hospital, counting my bed rest, I wanted nothing more than to be home, with my sleeves rolled up and ready to be upright, out of bed, and jumping back into life.

It wasn’t even two weeks into being a new stay at home parent that things felt off. My usual burst of energy to get my day started in the mornings had vanished. Though I felt physically spent and my body so tired, my mind kept me up, never quieting down enough for me to fall into sleep. My days blurred into nights and the only thing to break the a.m. from the p.m. was me brushing my teeth.

What was happening to me? The person I once was—involved in community events, exercise classes, and meeting with friends—had disappeared. The thought of moving my body from one side of the room to another involved me spending five minutes of gathering myself together for the walk across the room. Once I arrived into the kitchen or the bedroom or where ever it was I was headed, I fell into a collapsed heap, and then again beginning to mentally prepare for the next steps I’d need.

We were late into the game of starting a family, and my husband and I were thrilled to have a son less than a year after we married, so the way I felt was bewildering. I would hold Alec in my arms, and see that we had our hopes right here in the flesh, but I could not gather myself together to do the things I wanted to do. I would stare at the baskets of laundry, unable to even consider folding the clothes it held or even pick up Alec’s nursery.

You would think I’d be bubbling over with the energy of our new married lives together, at beginning this whirlwind journey of parenting. But I had no joy in me and more than that, I had no drive to accomplish anything. I couldn’t describe it to anyone, it was much more than fatigue and lack of want.

I would spend the day with Alec and my husband would come home to find me in the same way as he had left me in when he had gone for the day. Still in my pajamas that became my clothes that went back to pajamas for days in a row. One day he walked into our second floor flat and his words fell out of his mouth before he could stop them, “You didn’t even bring the mail in?” I sat stunned, because I couldn’t disagree. What I heard, was “lazy.” And I didn’t blame him; it looked that way to me, too.

But what I felt and what he couldn’t see, was the pain from being judged with that behavior. I wasn’t lazy; he knew me better than that. It hurt me that it looked so much like that to him. But it wasn’t a giving in that was happening to me. What I had felt like inability. I couldn’t will my body to move.

It wasn’t just my arms and legs that felt heavy, it was my mind, too. A combination of not yet diagnosed postpartum depression and anxiety that I had no idea had taken over my body. My heart broke when I saw him exasperated with what our lives had become. I wanted this no more than he did. On top of feeling my own disappointment, I felt his. Never had I felt more exposed and vulnerable. I had no context to place this new me in; I had never known myself as other than industrious and always contributing.

“You didn’t even bring the mail in?”

We both heard his words and they hung in the air. I sat with Alec sleeping in my arms and tears pricked my eyes. I had grown up hearing the merits of work and drive, and to be judged as lazy made my heart sink inside my chest. I was embarrassed, believing the same scenario that he was witnessing. I tried to explain how I was tired, wired, overwhelmed. I wanted to do things, but my motivation had vanished.

I thought I knew what having a baby would be like. I was positive that being at home meant time to do everything I wanted to. I never counted on the heavy cloak of postpartum depression and the paralysis of anxiety. I wasn’t prepared for this new state I found myself in. I was being seen as lazy, and without understanding anymore on my own, it looked as much like a lack of discipline as it appeared to be.

I see now how there is no way that I could have anticipated or prepared myself for the road ahead of caring for a newborn while living with postpartum depression.

In the months following Alec’s birth, I did see how I had to seek my doctor’s help. With professional attention and a mental health therapist, I realized how little I knew about depression and its physical toll on a body. I wasn’t lazy, my body just could not find the life it needed without outside help.

I was not lazy, though outward appearances would bring on that judgment. How many would have looked at me and seen apathy and not the depression that was at the root of my days? How many never consider inaction as something else and label it inaccurately as lack of self-discipline? Depression and anxiety are much more complicated than we see on the surface.

Had I failed? Was I a failure as a new mother? With my therapist’s help, I began to fully understand my body’s response to postpartum depression and the taxing nature of anxiety. As I removed myself from the equation of “lazy,” I found my voice and was better able to find patience for myself as I worked toward my recovery.

With my husband along with my therapist, we worked toward a strategy to get me back. The assumption of lazy, such a go-to when we see someone doing nothing, disappeared and was replaced with the knowledge of my PPD and symptoms.

In the midst of tension and adjustment of being newly married, newly parented, and newly diagnosed, my husband and I came together. With his understanding and a new compassion I had for myself, I began to find joy in doing things like I used to.

I began cooking again, something I always looked forward to before Alec was born. Preparing meals in my kitchen helped me feel like the old me. As my PPD improved, and I felt more energy, I joined a moms diaper club group and we went along on baby and me field trips. I signed up for mommy and me exercise class and some afternoons, we took walks that once in awhile stretched on into beyond an hour. I had found my energy again!

The weight of my postpartum days stays in my memory. It keeps me reaching out to new mothers so that they also find hope and patience for who they are and where they are, during this challenging and frightening time of life.

My shoulders once felt the weight of postpartum depression and anxiety. With my medical help and therapy, my shoulders grew stronger. My weekly sessions became like lifting weights, both figuratively and physically, as I grew stronger in my understanding for what my body was working to heal.

I still struggle with depression, stumbling as I go, but now, I recognize that when low energy hits, I am not lazy. There is something I have to investigate and so I do. I monitor myself and see my doctor. I take note of what makes me feel better, and what is depleting me.

I only know one way to live now, and that’s with awareness and appreciation for the messages my body sends me. If I start to feel myself struggle with tasks that once were just a part of daily life, I take a closer look. I have trained myself to reach out for help, because I know now how to be kind to myself, to find empathy, and to throw labels out the window, especially ones that call out “lazy.”